If you think reading is for chumps check out the video review https://www.youtube.com/watch?v=iFaZD1WHevc

Hey everyone I’m FergaTroid and welcome to this review of daxter is this a good game or a bad game? Let’s find out.

Daxter is a 3d platformer on the PSP in which Jak takes a back seat to Daxter as he is the lead character in the game. Daxter has a fairly original concept in which you have nothing to do so as Daxter you become an employee of a failing pest control company. So you have to fight these weird glowing insects with a lightsaber fly swatter. 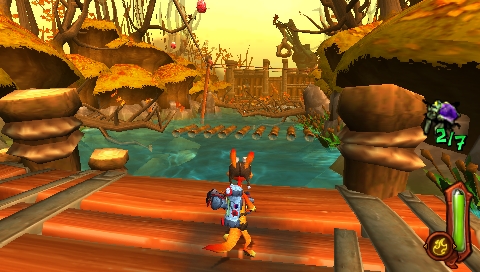 Another thing that this game emulates from Jak and Daxter and Naughty Dog games in general is the animation quality. When daxter is swinging around his lightsaber fly swatter he looks great and fluid contorting into cool otter like poses.

In terms of gameplay Daxter is fairly standard 3d action platformer with puzzle solving, exploration, combat and of course platforming. But there’s something that really rubs me the wrong way with the gameplay. The fucking quick time event challenges those are absolute bullshit. I mean like why do developers insist on putting shitty QTE’s in their games? Everyone hates them. There are also pretty mediocre vehicle sections which just seem like padding. Are the publishers just saying to the developer if your game tries to rise above the general medicority of most games we’ll chop your cock off. 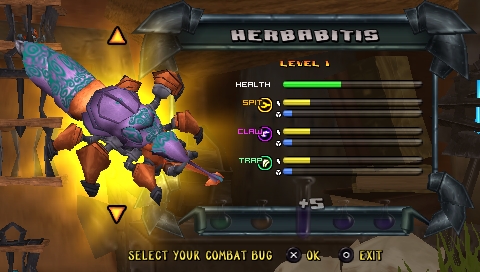 The game looks like Jak 2 on the PS2 which is achievement in itself becuase Jak 2 was quite the looker on the PS2 and Daxter looks on par or even better than Jak 2. You especially notice this when the game renders its own version of scene where daxter runs his orange ass away from Jak. Wait a second Daxter is orange the same colour of Gordon Freeman’s power suit. Maybe there’s a connection. Well let’s see there are 6 Jak and Daxter games, and there are two words in the name Half Life. Six divided by two is three… oh my god Half Life 3 confirmed!

Daxter is writing is spot on and even though he’s been upgraded from a goofy side character to a fully-fledged protagonist he’s still the hilarious character we’ve come to know and love. The narrative and dialogue is great with some cool shout outs to previous game and a dark mystery to uncover.

Well ahh aside from that terrible joke I guess there’s nothing left to do except conclude this episode and go cut myself.  Daxter is a good game and I would say it’s a better game than both Jak 1 and 2 however not quite as good as Jak 3. Daxter gets 3 stars out of five.