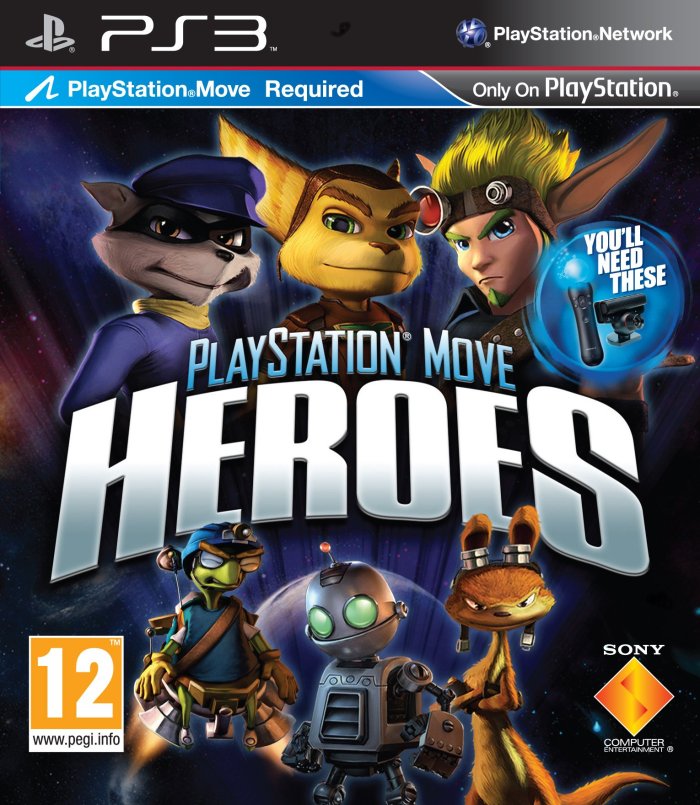 If you think reading is for chumps check out the video review http://youtu.be/go5N6n_wcw0

Have you ever wanted your three favourite platforming duos to combine into one awesome adventure of platforming and adventure? Well suck shit idiot you get a mini game compilation called PlayStation move heroes. 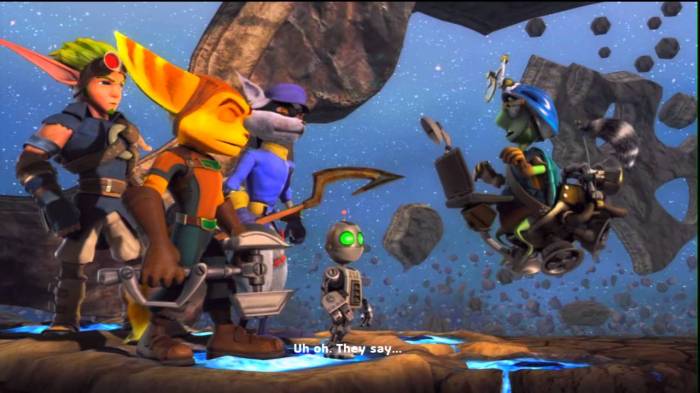 PlayStation Move heroes is an action game developed by Nihilistic Software and published by Sony. The game features both single-player as well as two-player co-operative multiplayer as players traverse through a levels in a style similar to Super Mario 64. The game features six playable characters. It also features 50 levels, which can be categorized into five “archetypes”, five weapon classes and four environments namely Paris from Sly Cooper & Bentley, Metropolis City on Kerwan from Ratchet & Clank, Haven City from Jak and Daxter and Planet X which is an original environment.

Players can choose which character they want to play as on each level, each characters have a different gameplay style and may have advantages on certain levels. Co-operative play allows the second player to play as the first player’s sidekick character for example if the first player selects Jak as his character, the second player will automatically be assigned Daxter. However you never see daxter he is just a cursor on the screen who collects crystals. The disc is thrown in a similar fashion to a frisbee, once thrown players navigate it around the level remotely using the Move controller to achieve objectives. 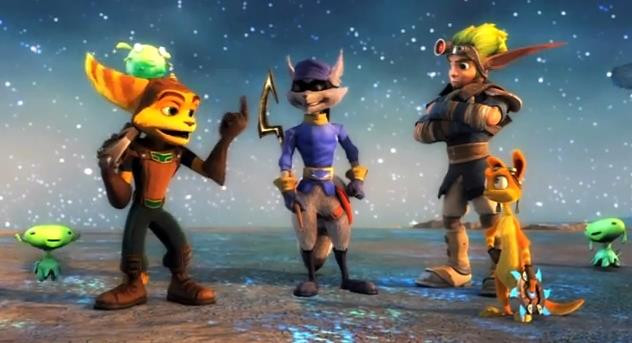 What is weird is when you get three of the most known PlayStation platforming duos and you cast them in a game where they can’t jump. Especially sly who is ok at fighting in his games but it’s not his favourite option. Sly’s favourite thing to do is sneak up on dudes then take out a few quickly then hide in the rafters, rinse and repeat. But they can’t jump at all! It’s ridiculous! It’s like casting James l. Jones in a role where he can’t speak.

The plot won’t move you and the cut scenes have quite a jarring disconnect between gameplay and story. Also what’s weird about this is that the characters don’t really question how gleeber and lunk were able to ‘hit pause on their home worlds.’ Also Gleeber and Lunk are able to either teleport or conjure matter out of thin air. Are they magic? Are they Hogwarts scholars? Are they the government? Were the moon landings faked? Are the government lizard aliens? Will half-life 3 ever come out? Who knows the answers to any of these question?

PlayStation move heroes is a waste of potential. The motion controls are ok and the graphics are mostly faithful to the original games but this is not the game that we want. Playstation move heroes gets one and a half stars out of five.