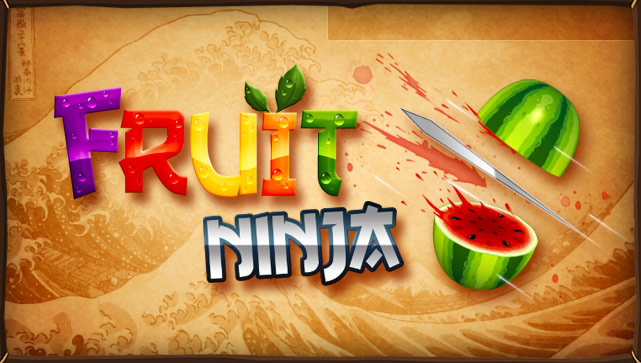 If you think reading is for chumps check out the video review of this game here http://youtu.be/kKtOqHbQvSI

Now back to iOS games after the excitement of a big release. Fruit Ninja HD is the iPad version of fruit Ninja let’s see how this cultural phenomenon holds up.

Fruit ninja is addicting and the fruit cutting has that zen like appeal. I love how the game seamlessly has multi touch support so instead of using one finger to slice the fruit you can use 4. Recently micro-transactions were added into the game, which are a nightmare and the power-ups feel really tacked on.

The visuals are nothing special but the visceral splats of the fruit really add something to the whole experience. 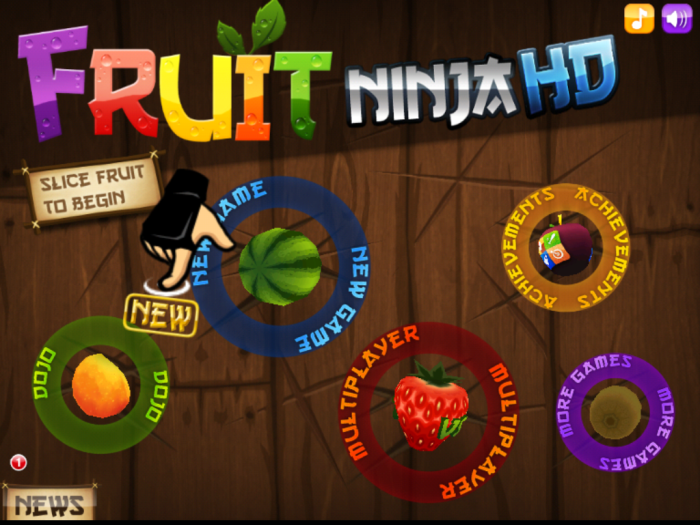 The game has a cool Japanese ninja soundtrack that fits the game really well. 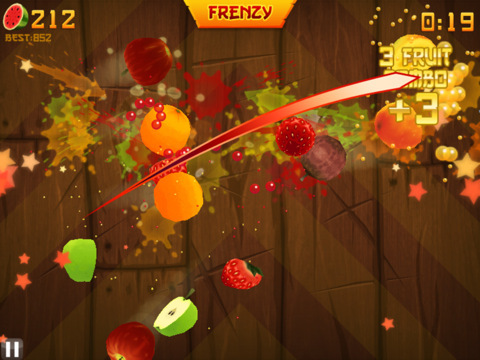 The aesthetic of the menus is coherent with the game which I really appreciate.

Fruit ninja hd could be really good and it could suck up my time like jetpack joyride. But the micro transactions just ruin it. This would have got if 3 stars if not for them. Fruit Ninja HD gets an ok 2 and a half stars.