Ridge Racer is a Vita launch title, is it good or a pile of shit?

The racing is functional but the drifting is fiddly. When you collide with other racers but there is no weight or damage to it they just bounce off each other like they’re balloon animals.

Most of the maps look bland and uninspired with undetailed buildings and textures. The cars look ok but they don’t look as realistic as Gran Turismo or they don’t look as cool as the vehicles in Wipeout. You may be saying that you can’t expect much from a portable games but Sony said the Vita gives console quality graphics so you should judge this game to the same standard as PS3 games.

This is the worst part of the game. Five cars, 3 maps, how could Namco Bandai release a game like this? Most of the content came from DLC, phew Namco Bandai aren’t idiots, they’re just exploitive fuck nuggets. DLC works sometimes like the Harley Quinn’s Revenge pack for Arkham City. That worked because Arkham City was an amazing game on it’s own and a few months down the line they released Harley Quinn’s Revenge a few months later which were the metaphorical chocolate sprinkles to the delicious ice cream cake that was Arkham City. But now Ridge Racer is only selling us a slice of cake that someone as regurgitated onto the plate.

The music is up tempo and fitting. The announcer is that kind of voice actor who seems to be in any Japanese game that tries to appeal to a western audience. 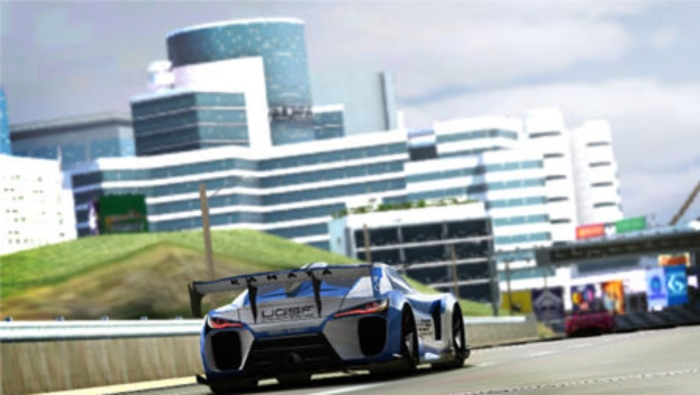 Last of all the menu design is confusing and hard to navigate.

Ridge Racer is a weak and insubstantial game that is plagued by a mixture of being rushed out the door, cheeky DLC setup and lazy developers. Don’t buy this game even if you’re a fan.