Little Deviants is a mini-game compilation developed by Bigbig studios who is know defunct so no one will care if I bash this game. But is it a shining example of mini-games or is it a poo in the Vita’s pants.

The gameplay is made up of broken gimmicky mini-games. The game feels like it made so many gameplay types it’s got no focus and no way of blending the various disconnected elements of the game. There is nothing fun here no enjoyment as if no one played this before release to realise it was a piece of shit. 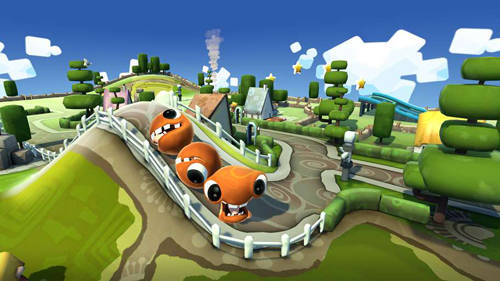 The game has a decent aesthetic but the game has terrible anti-aliasing and no impressive graphics. For a game obsessed with showing off the technical elements of the vita it looks like shit. 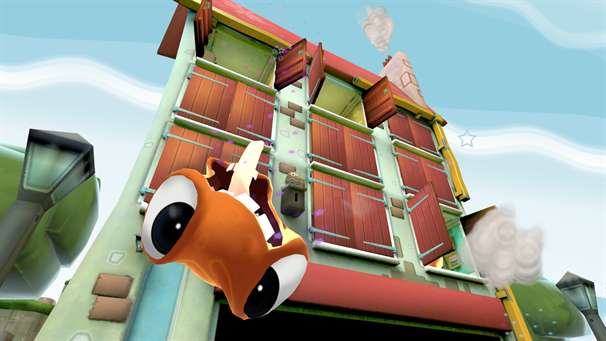 The game is boring with no incentive to replay levels or even beat the game other than build a spaceship but I don’t want to since the gameplay is shit. 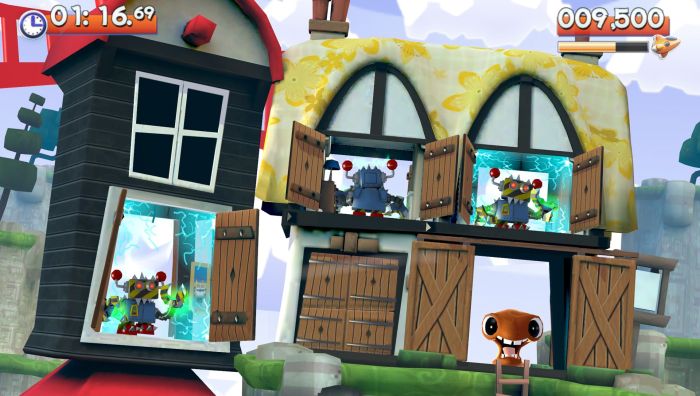 There is no story. From what I can gather the Deviants crash land on a planet and need to build a spaceship to fly home by doing weird mini-games.

The sound effects are passable but the annoying chirps of the Deviants made me want to start cutting again.

The icons in the menu are also too small for a touch screen interface.

Little Deviants is a shit game and why does it exist only buy this game if you want a terrible game to create a bonfire with or you are a developer and want to know how not to do it. Mini game compilations that are just there to show off the unique features of your system are a little dry and overdone even if they’re perfectly executed and the only way to perfectly execute little deviants would be with a lethal injection. Little Deviants gets 0 stars out of five.